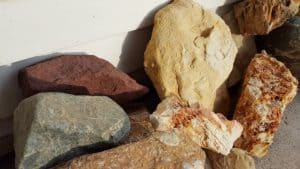 My first collection was probably rocks. Like so many collections, it wasn’t planned, it just happened. Even as a very young child I loved rocks, especially when they were wet from the rain. My mom had already raised two children by the time I came along late in life so she was pretty casual about child-rearing and saw no reason I couldn’t play in the rain as long as it was warm enough.

As a result, my collection of rocks grew quickly. Arrowheads regularly popped up on the farm, so you can see how rocks began to accumulate. I confess I still pick up a pretty rock here or there. My front porch hosts a collection and the flower bed has some scattered around, too.

I’m not sure what the official definition of a collection is, but I’ve heard it’s three or more. However, the circumstances under which I heard this were questionable, so I’m not fully convinced. I first heard it a few years ago when a boyfriend was helping me move a desk up the stairs. He jokingly made a comment about my “desk collection.” I insisted there was no such thing. He mentioned this concept of “three” and I just let it drop because 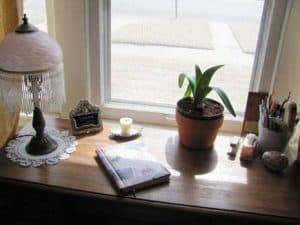 , well, why make a fuss? I do have more than three desks. I’m a writer. I need desks, plural.
Cookbooks didn’t become a collection until a trip to Minnesota in my early twenties. I was attracted to the books that talked about the history of the area and offered heritage recipes. Once I started seeing them as little history books, they were irresistible. And, once I had noticed them, I realized they were found everywhere. They started coming home with me from various spots. Before you knew it, I needed a room to hold cookbooks.

At some point, I started making photocopies of recipes I used regularly and putting them into notebooks so they were easily located again. It also allowed me to make notes about changes. They became my own history as I noted the particular event I had first made the recipe for, or who especially liked it.

Today I’m sharing one of those recipes that has been around for a long time – at least in my world. I first made it for a dear friend, Miss Joy, who loves a little something sweet in the morning. It’s a coffee cake with an extraordinarily delicious topping, which I doubled in this recipe as written below. Because, well, it’s delicious! 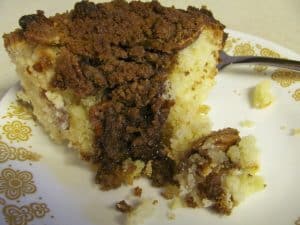 Instructions
Mix flour, baking powder, sugar and salt together. Cut in shortening and set aside.

In a separate bowl, beat egg with fork, add milk and stir.

Add liquid mixture to dry mixture and stir until just blended. It’s okay for it to have some lumps.

Pour into greased and floured 9 by 12 pan. Drizzle top with melted butter.

In separate bowl, mix topping ingredients and sprinkle on of batter.

In the newsletter, I mentioned the poem Dave McKane wrote for me. Here it is! 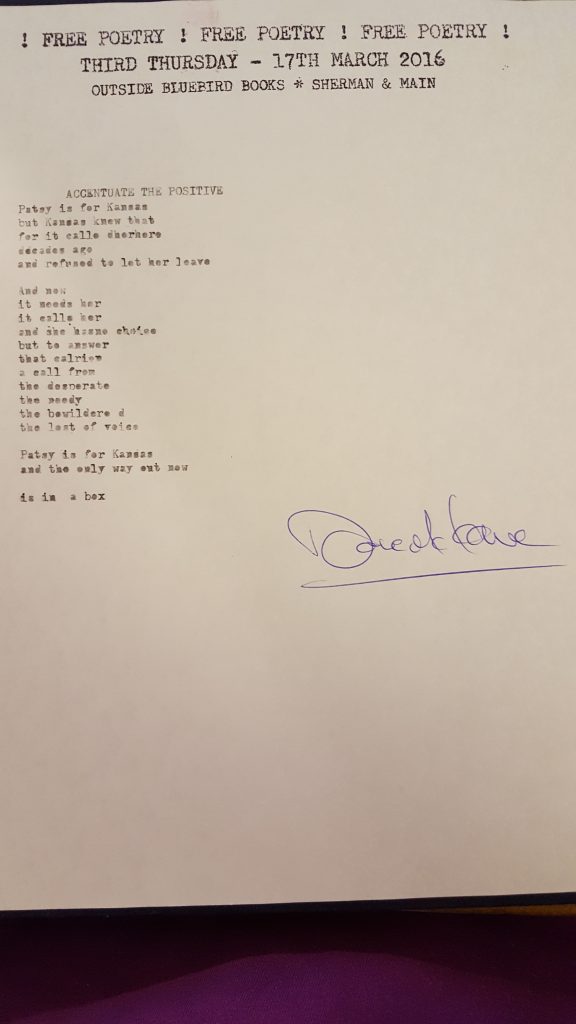