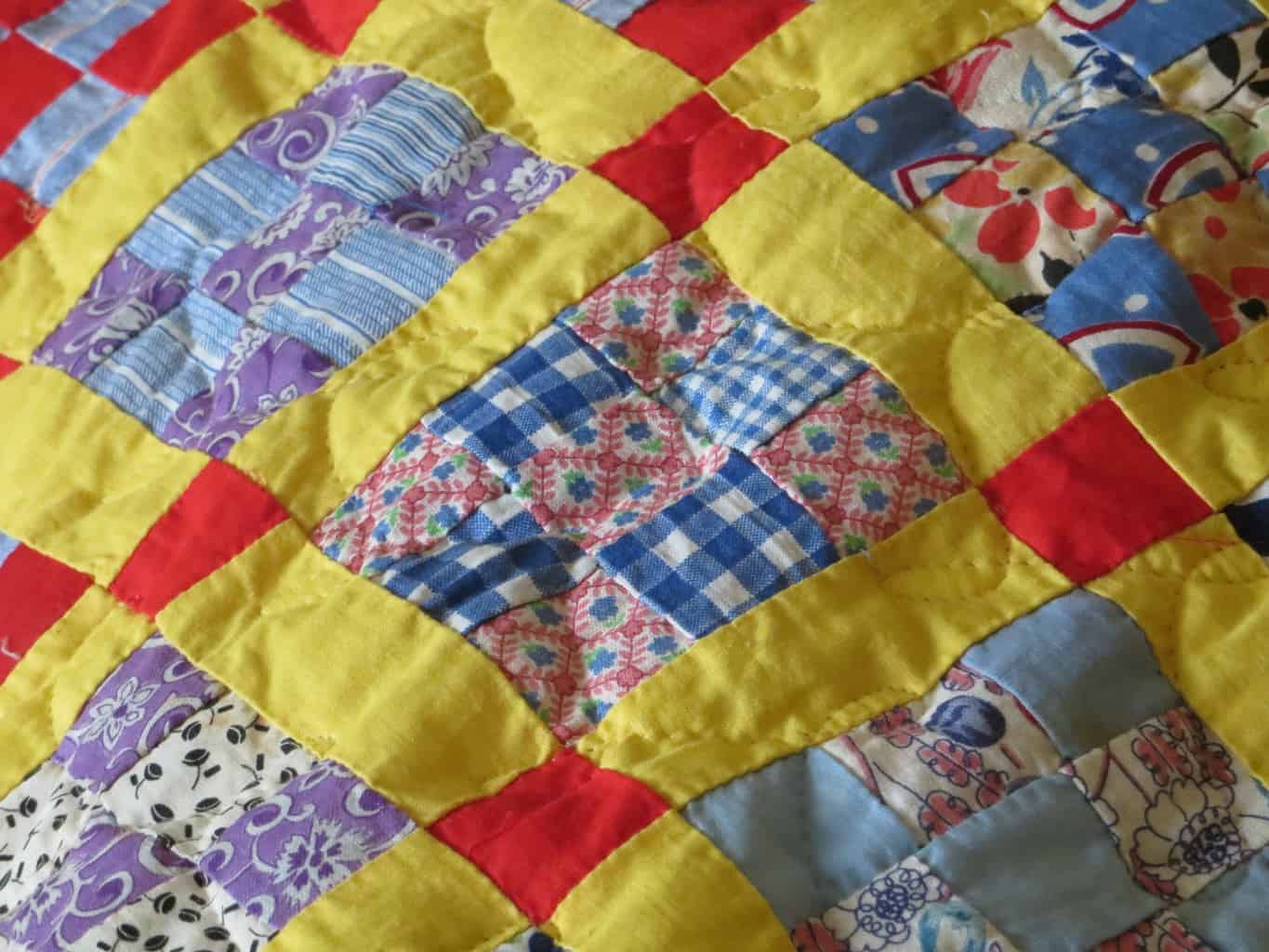 Christmas morning brought some unexpected gifts in my family – gifts that could not have been foreseen or replicated.

My sister in law, Mary Ann, had three quilt tops that her grandmother pieced before her death about 40 years ago. They had been moved from one location to another, but during a recent house cleaning, Mary Ann made it a point to get them quilted with the idea of presenting one to each of her sons on Christmas morning.

All three were spread out and her sons each chose one, leaving the remaining one for her. She encouraged their wives to have input, but both declined, leaving the decision up to the sons.

Then, when it seemed Christmas morning couldn’t be more poignant, one of the wives went to get one last gift for the other. It was a box with some cookies in brightly colored treat bags, some holiday plates and napkins and an ornament. As she explained, it was for their own Christmas party in the hotel room that night. The food wasn’t there as nourishment, it was there representing love.

They were leaving shortly after we opened gifts to head to Nashville where one of my nephews would undergo surgery for a bone spur in his back. His sister in law had already given them gifts of magazines and other items to help pass the time. Now she had provided another meaningful gift. It wasn’t expensive, but it was the epitome of thoughtful. I had considered what to do for them and come up with nothing that seemed worthwhile. But, she had managed beautifully, with something simple, to let them know she was thinking about their special circumstances.

She had made many trips to Nashville for chemo treatments in the last few years so she knew what some of their struggles would be. I’m happy to say, she is doing well. And my nephew’s  surgery went well.

Christmas 2012 was a reminder that what is truly important are the people in our lives and to know they are thinking of us. If they’re passing on a family heirloom or making a tense waiting period go a little smoother, it is really just about love..