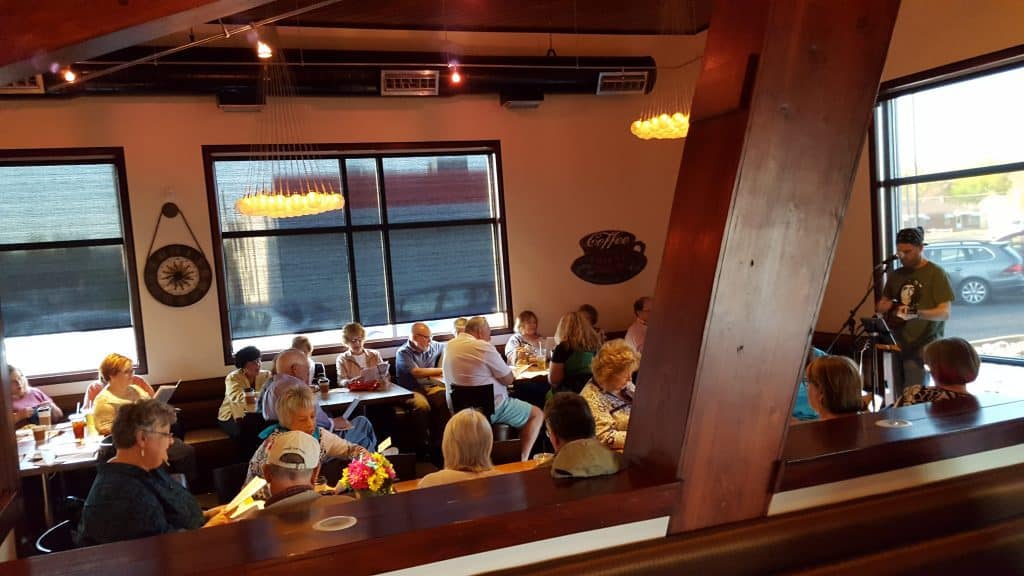 My friend Debbie participated in a community sing-along during a trip to Colorado and fell in love with the idea. She thought it would be a really cool event to replicate.

But Debbie did more than just think about it. She asked our friend Bob if he would play music for us. She asked a local coffee shop to host us, and even though it was after their normal hours, they agreed. She ordered song books. She created a Facebook event and invited people. She made it happen.

That is always the difference. Most of us think about interesting projects we’d like to do. Only very occasionally do we get beyond the thinking stage and actually DO something about them. The magic is bringing them into being – creating something where nothing existed before.

Debbie’s sing-along was a huge success. More than 50 people came, the newspaper sent a reporter, photos were taken and everyone had a great time. We sang everything from musicals to Billy Joel. I can’t say it was all pretty, but it was all fun.

It happened to be Debbie’s birthday, but she was insistent about not receiving presents. Instead, she gave us all a gift of being engaged. 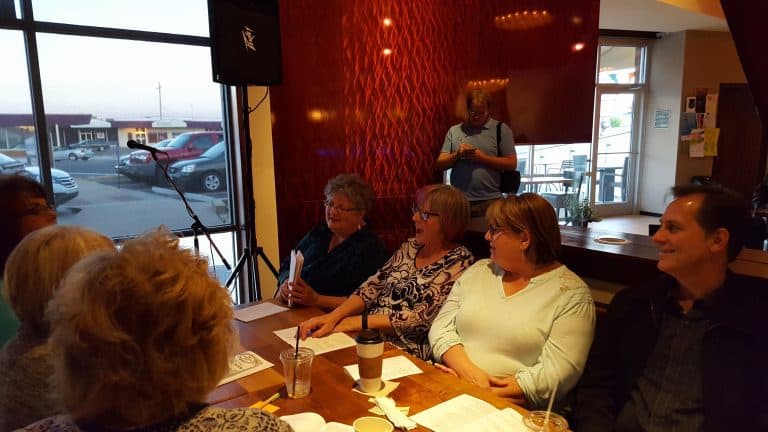 Being connected to community seems to be more of a struggle for people these days. But, it happens the same way this did – by doing.

Debbie did more than think. She created.

I don’t know about where you live, but here there is a whole contingent of people who sit at home and complain there’s nothing to do instead of getting out and doing any of the dozens of things happening every week. And they never seem to take the next logical step – if what you want doesn’t exist, create it.

Nothing happens without that critical step of doing. It’s required for everything from community sing-alongs to getting dinner on the table. In the spirit of gatherings, I thought I’d share something perfect for a potluck this month. Not invited to one? You know what that means – you’re supposed to create it!

Watergate salad is one of those wonderfully old-fashioned recipes that people may want to turn their noses up at but can’t resist. It’s sweet and delicious. It travels well and will keep in the fridge for a little while if there’s any left. It also takes just moments to make and does not require heating the house, which I love in the summer. 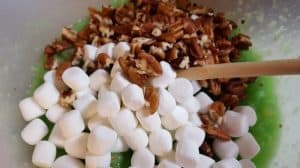 Refrigerate, covered, for at least one hour.