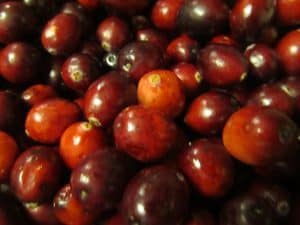 Thanksgiving might be considered Christmas for Cooks. It’s an opportunity to bring out the traditional foods for your family and maybe spring a couple of new recipes on those assembled.

This year I’m cooking for a small group – only 5- 6 of us, but there are some things you just “have” to have on Thanksgiving. Once you get those on the table, you’ve got a lot of food prepared. Add in some other standbys and it seems you’re over-doing. Toss in a few other favorites of those sitting at the table, and it may be groaning under the weight of the food.

Of course, Thanksgiving is about giving thanks for the bounty we have. Nowhere is that more evident than on most Thanksgiving Day tables.

This year we’re having the following:
Turkey (of course!)
Cornbread Dressing (I am a southern girl, after all)

I hope you and yours have a fantastic holiday, regardless of what’s on the table. Enjoy!